In the 1920s, architects invented a new home dining experience: the cozy, casual breakfast nook. They created the informal table setting to maximize space when bungalows were trendy. It didn’t hurt that the feature made it possible for busy homemakers to sit down and dine with their families.

The intimate spaces have gone in and out of style in the last 100 years. Now, they’re popping back into the spotlight, appearing in everything from interior design magazines to massive celebrity homes. The wooden, pew-like benches of the past have gotten a major upgrade with plush cushions and an overload of throw pillows.

The timing might be perfect, as breakfast itself is making a comeback. According to a General Mills survey, nearly one in four Americans has eaten more breakfast food since the pandemic began due to extra free time and a desire to eat something that brings them joy.

Even after social isolation has significantly ceased, could a breakfast nook still be the way to bring more happiness and comfort to the home experience? Here’s a breakdown of the pros and cons of this design choice.

A Breakfast Nook Could Save or Limit Space

Americans spend more time than ever in their homes due to the pandemic, a habit that has heavily influenced design trends. According to the National Association of Homebuilders, people now want more living space. For the last four years, homes have been getting smaller, but that demand leveled off at the start of the pandemic as people craved more room.

In some rentals, a well-placed corner nook replaces the spacious table-and-chair set. This redesign could create more open floor space for other needs. On the flip side, a traditional breakfast nook takes up a significant amount of space in the kitchen, which could otherwise be used for storage or counter space.

Breakfast Nooks Won’t Be Useful for Everybody

Breakfast nooks are no longer just a place to eat eggs and pancakes. Freelance employment platform Upwork surveyed hiring managers for a Future Workforce Pulse report and reported that an estimated 40.7 million American professionals would be working fully remote in the next five years. What better place to clock in than a breakfast nook corner packed with cushions and plenty of desk space?

Meanwhile, many jobs will always be in-person and require long hours away from home. A well-intended breakfast nook could eventually just become a dumping ground for junk mail, keys and clutter if residents don’t actually have any time to spend in it.

While old-school breakfast nooks don’t leave much room for comfort, their modern upgrades couldn’t be more different. The cozy setting is perfect for families who want to spend more time together. But it won’t work as well for hosting extra guests.

And if the kitchen is being used as a meeting space, these close quarters may become cramped. For example, that dining chair set that was probably moved out of the kitchen to make room for the breakfast nook would have been easier to set up for conferences.

A breakfast nook can be a great addition to a modern home, but they aren’t for everyone. Those who are considering a rental with a nook should be sure it will fit their professional and personal needs. If it doesn’t, prospective tenants should be honest with the Realtor and look elsewhere. 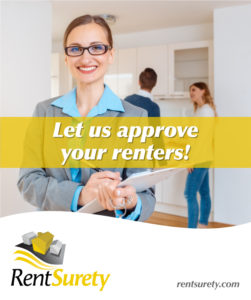